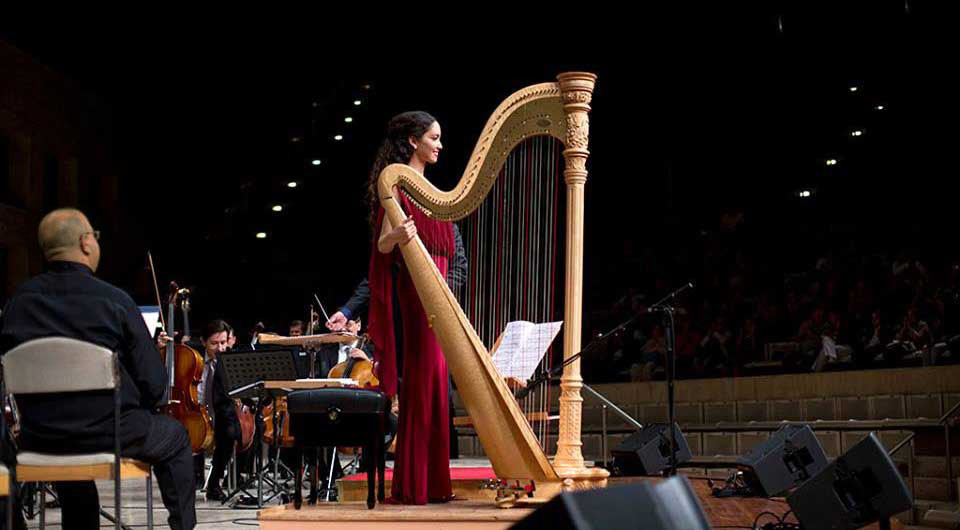 Turkish harpist Beste Toparlak started her music studies with pianist Yevgenia Tarasova in Almaty, Kazakhstan when she was 8.  She was admitted to the Harp Department of Ankara State Conservatory of Hacettepe University in 1999. She worked with Bahar Goksu and Mujgan Aydin during her pre college and undergraduate studies and graduated in 2009 receiving high honors for her Bachelor of Music in Harp degree. She continued her graduate studies with former Vienna Philharmonic harpist and soloist Xavier de Maistre at Hochschule für Musik und Theater-Hamburg and graduated with a Masters Degree in 2013.

She performed many recitals in Turkey and abroad and amongst some of them had a chance to play for the Russian, Italian, British, Macedonian, Costa-Rican, Irish and Estonian heads of state. She also premiered works by composers Muhiddin Dürrüoğlu, Wolf Kerschek, Eda And, Matti Pakkanen and Xiao Fu.

Beste attended a program for “Young Talents” organized by NDR and got the chance to record a CD at the NDR studios in Hamburg. She accompanied the Carl Philipp Emmanuel Bach Choir during their tour of Germany and also appeared as solo in their CD. She was also invited by the Hamburg Senate to perform a recital in the Hamburg Rathaus.

She is winner of Matinee Musicale-Indianapolis Competition’s instrumental category at 2017 and Gold Medalist of Medallion International Artists Competition at 2018.

Currently she is based in Charlotte, NC and the substitute harpist of the Charlotte Symphony Orchestra and Charleston Symphony Orchestra. Beste continues her harp carrier performing in both solo and chamber ensembles on the East Coast U.S.